You don’t need an MBA to know there are two basic ways to increase your profits: increase revenues or reduce costs. The smartest businesses implement marketing strategies and cost-cutting measures that do both, but far too many obsess so much over increased sales that they forget about the importance of trimming the fat, and end up actually reducing profits.

Profits Alone Can Be Deceiving

Anyone who’s taken a basic business course knows how to calculate profits. You add up total revenues and subtract total costs, and whatever’s left is your profit. But profit as a measure of business success can be deceiving. For example, Company A spends R900,000 to sell R1 million in products and services, generating R100,000 in profits. Company B spends R400,000 to generate R500,000. The two companies generate the same profit (R100,000), but are they equally profitable?

The simple answer is no. The more a company spends to generate a designated profit, the more vulnerable it is to minor cost shifts, which could quickly put it out of business. Let’s say Company A above spends R200,000 in health insurance costs, and those costs increase by 10 percent. That increases insurance costs by R20,000, reducing profits to R80,000. Company B spends R100,000 in health insurance costs. The 10 percent increase cuts into the bottom line by just R10,000, and profits drop to R90,000. Company B is now making R10,000 more in profit than Company A.

It’s important for businesses to track not only profit, but also profit margin. While profits are measured in dollars, the profit margin is measured as a percentage, or ratio, specifically, the ratio between net income (profit) and total sales.

How to Increase Profit Margin

Because profit margin more accurately reflects long-term profitability and a business’s vulnerability to sudden increases in fixed costs (such as insurance, office expenses and taxes), it’s important to track profit margin and implement strategies, which keep it as high as possible.

There are basically two ways to increase a company’s profit margin. First, you can increase the price you charge for your products and services, but this must be done only after a careful analysis of the impact of those increased prices on consumer behavior and total sales. The second and much safer approach is to control costs.

The Importance of Cutting Costs

A minor decrease in costs will improve your profit margin more than a comparable increase in total sales. Company B in the scenario above spends R900,000 to generate R1 million in sales, giving it a profit of R100,000 and a profit margin of 10 percent. If the company increases sales by R50,000 (say, by increasing either pricing or customer base) but don’t decrease costs, its profit increases to R150,000, and the profit margin increases to 150,000/950,000, or 15.8 percent.

If it instead kept sales constant, but reduced cost by the same amount (R50,000), profits once again move to R150,000, but the profit margin now increases to 150,000/900,000, or 16.7 percent. Cutting costs has made Company B more profitable, and less vulnerable, than increasing sales, and it’s generally easier and less risky to reduce costs than to increase sales.

No single strategy is likely to increase a company’s profitability or prospects for long-term success. The most successful companies carefully analyze consumer behavior to determine the best price to charge for products, while simultaneously researching a range of fixed cost-cutting strategies, ranging from outsourcing non-critical job functions to downsizing to carefully researching health care options for their employees. A comprehensive analysis of both price and prudent cost-cutting measures has the greatest chance of increasing a company’s profitability and persistence. 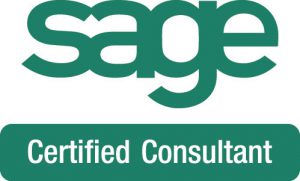 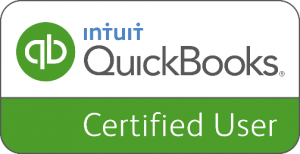